As anyone who know me would testify, I have done some pretty stupid things in my life.

From climbing up a mountain in a t-shirt (it had seemed like a warm day when I was sitting inside my central-heated room) to  jumping into  the water on the edge of one of the biggest waterfalls in the world without listening to the safety briefing (my mind was too busy thinking how cool this was going to be), to trekking from Mellieha to Senglea  whilst keeping myself refreshed with a bottle of rum instead of water (I have no excuse for that - I just prefer rum to water), I have been known to embark on the odd ill-advised adventure.

However I have never purposefully starved myself.

From May 12th I am going to be doing the 121 Challenge which basically means I have to spend 1eur and 21c or less on my food every day for five days.

Now I love food. I really do. So much so that I sometimes yell out 'lasagna' in my sleep. (Or 'Madras' on Wednesdays). I eat quite a lot and when I am hungry I get cranky. ( I once threatened to divorce Kat because a vending machine didn't have any Mars bars left. She didn't seem too flustered about it to be honest.)

So, all things considered, I don't think it would be out of this world to ask...why the hell am I doing this?

The idea behind the 121 Challenge is to raise awareness about what life is like for the 1.2 billion people around the world who have to live below the poverty line on a daily basis.

1.2 billion. I can't even comprehend that figure.

So let's put it in perspective. It is about 2500 times the population of Malta.

Imagine that for every person who lived in Malta there was another 2500. The European Union would be shaking in its boots!

But seriously, just think about it. For every person in Malta there was another 2500. And all of them lived below the poverty line.  Not just for 5 days. But every day.  Oh and from the money that we are using for food, they would need to budget for all the other costs that they have to incur to get through the day.  These might include transport,  medicines, etc.

Whilst we are in the process of starving ourselves, we are also be going to be collecting funds to continue to support a medical centre that we were involved in the setting up of a few years ago in Cambodia. This centre is doing amazing work and really changing lives - many new mums use this facility as well as kids and young people with disabilities. These are people who might otherwise not have had any access to medical attention  - but I'll talk more about them in another blog.

My point is we're doing this for a good cause. So if you can, please help us out. If you want to take the challenge brilliant, but if not then maybe you could donate something.  How about the equivalent of what you would usually spend on booze, or going out for a week?

If by going hungry for a few days we can raise some awareness and maybe a bit of money that can help change people's lives, this could be one of the best things I've ever done. 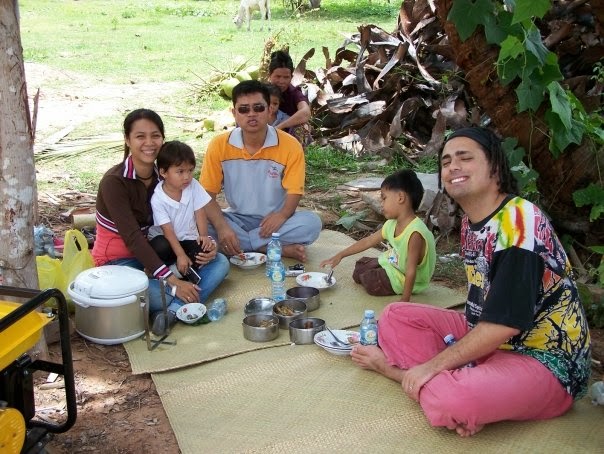 You can support the challenge on https://www.betternow.org/mt/121challenge
Posted by the121challenge at 05:17